I think i may have posted about this guy on Bastard Blog 1.0, but the information super highway suggested that I revisit his site and read his new stuff, and note that he has a new book coming out December 8.

David Thorne is hilarious, and his website 27B/6 is full of his snarky correspondence with various people and they’re all gold. Here’s a few samples…

I understand the importance the resurrection story holds in your particular religion. If I too knew some guy that had been killed and placed inside a cave with a rock in front of it and I visited the cave to find the rock moved and his body gone, the only logical assumption would be that he had risen from the dead and is the son of God. Once, my friend Simon was rushed to hospital to have his appendix removed and I visited him the next day to find his bed empty. I immediately sacrificed a goat and burnt a witch in his name but it turned out that he had not had appendicitis, just needed a good poo, and was at home playing Playstation. 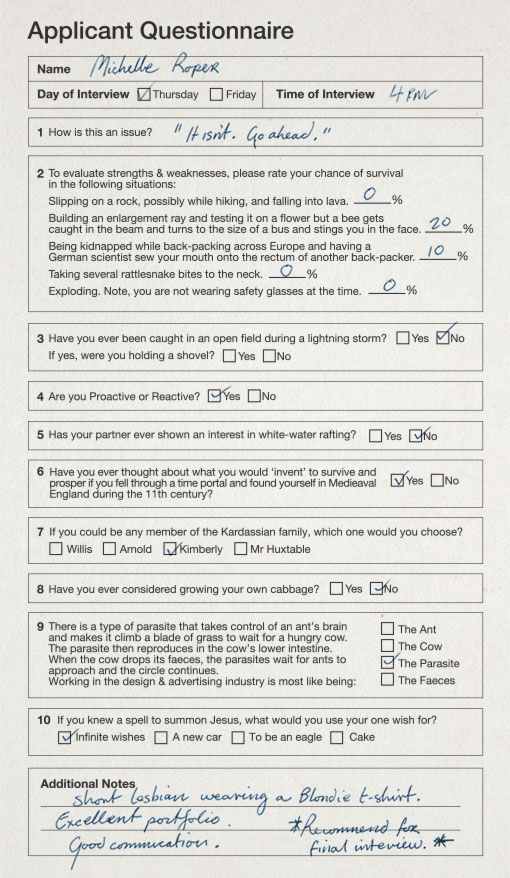 Short lesbians with Blondie t-shirts always make for good employees. Anyway, apologies if you already knew about this guy, but if not, click here more more hilarity