I’ve been enjoying this series recently.

To say Cunk is an idiot is an insult to idiots—this is a person who stone-facedly inquires whether the pyramids were built from the top down. She calls the academics she speaks to “clevernauts” and “expertists” and then proceeds to ask these befuddled “boffins” about anal bleaching in ancient Rome. In between, she characterizes the advent of farming as a product of lazy hunters, math as a “tragic invention,” sports as “theater for stupid people,” the Model T as a “truly terrible car” and missionaries as “God’s bitches.” With her pop culture knowledge far outstripping her knowledge of literally anything else, she at least nails the name of the 5-part series’ religious episode: “Faith/Off.” Through all of it—even through the show’s inexplicable “Pump Up the Jam” leitmotif—Morgan never breaks. This is stupidity at its deadest seriousness. 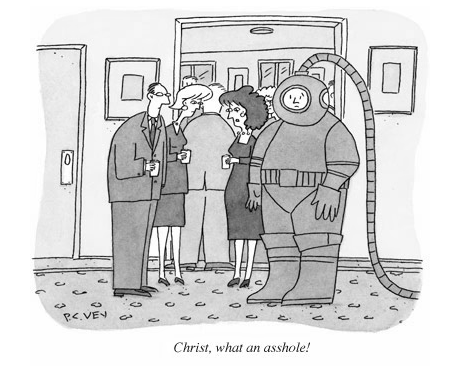 In 2006, a blogger argued that the above caption worked for every New Yorker cartoon. As I am not as highbrow as you lot, I wouldn’t necessarily know.

More recently, the following universal caption has been suggested: 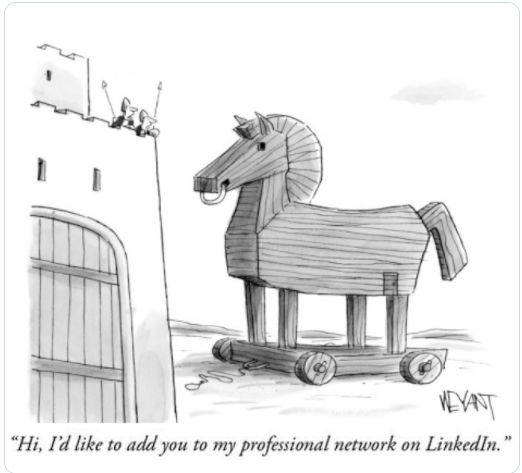 I’ll leave it to all y’all to decide if they both work for every cartoon.

Has anyone entered this week’s caption contest?