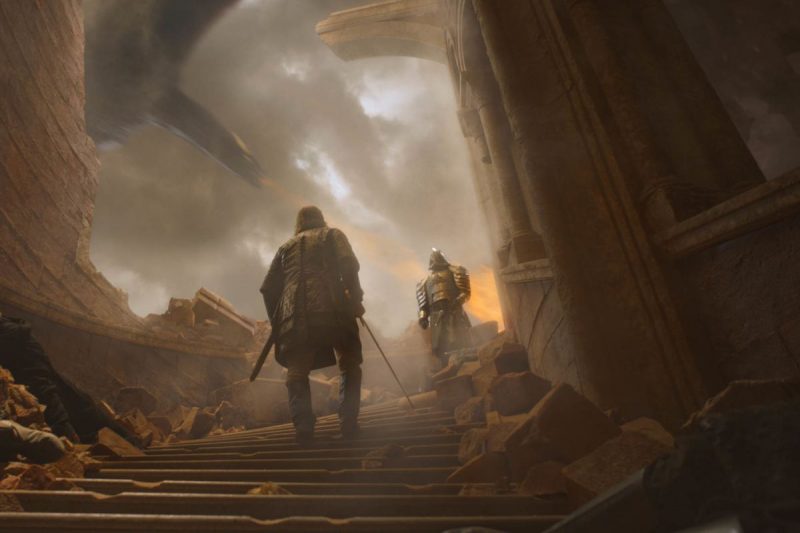 Some guy on the Internet, regarding last night’s Game of Thrones episode …

As a stand-alone piece of entertainment it was excellent. As a piece of the narrative of a long running show, it was trash.

Okay, see, what I thought they were building to with Dany was “Her desire to retake the throne ultimately overshadows her noble ideals and brings out her tyrannical side.”

Not “Well, we already won, but guess I’m the Mad Queen now, time to burn everything!”

It’s just so clumsy. They wanted a Big Moment and raced to get there, but there’s no real sense of interiority with the character anymore. The moral of the story is “Some people are just crazy!”

Everything felt just very rote and lifeless. All the actors look bored. The same generic looking peasant woman gets horribly brutalized about 5 different times. Arya finds a horse. The whole thing stinks of the kind of edgy nihilism people accused the show of being, but which I don’t think it actually slid into before. Until now.

2 Replies to “My Thoughts Exactly”