And not even the first time!

It’s been great having you, Conrad. 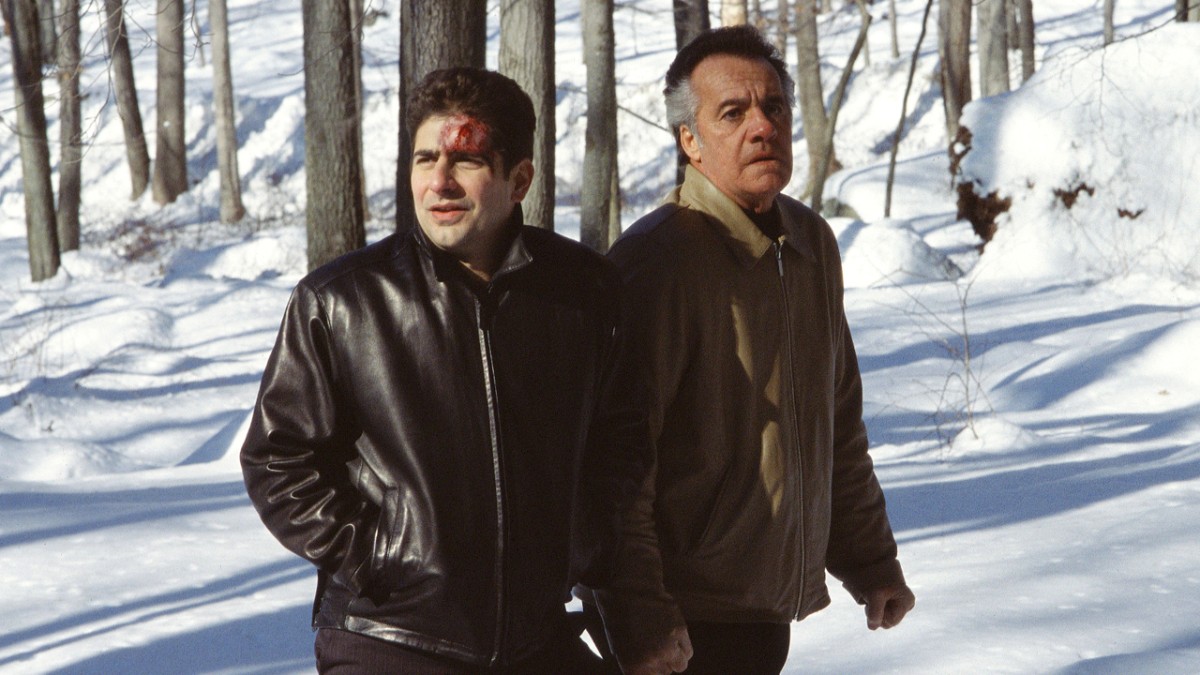 For your Friday distraction, here’s a fascinating oral history on possibly the greatest Sopranos episode ever, which aired 20 years ago today.

Two mobsters chase a seemingly invincible man through the South Jersey forest. Then he vanishes, leaving only a trail of blood. As day turns into night and cold turns into much colder, the gangsters give up their search and go into survival mode. They bond, bicker, and threaten each other, until they’re finally rescued in the light of the next morning.

This gets me every time.

Production-wise, the show hadn’t worked out how to achieve these bigger, more spectacular episodes. The writers loved them and the producers loved them. We all loved them. But there were people at the animation studio who were like, “We have to tell them to cut back. These are too complex.” Part of me is thinking, ‘We’re asking for a lot.’ But the artist, or even the kid, in me is thinking, ‘No, these are fucking awesome and we just have to figure out how to do them.’ I always leaned more that way, because I liked the ambitiousness of the episodes and where it took the show. From just a family comedy to these big, overwhelming animated pieces. They were like little movies.

– from An Oral History of ‘Marge Vs. The Monorail’, a great read. Season 4 is now regarded as peak Simpsons, but at the time there were already complaints that the show had lost its way.

My own town has toyed with the idea of a monorail as a solution to the mass transit problems that will only get worse.

The Virgin Hyperloop seems to have everone’s attention now.

But as I learned in a fantastic article here, we are basically re-inventing technology that already exists and not doing it well. Lemme transposplain to ya:

In a vacuum (a figurative one: an alternate universe in which the rest of the post-industrial world were not absolutely goddamn bursting with operating networks of authentic high-speed rail; where high-speed rail were not already such a well-developed form of transit that the TGV system, which routinely moves huge numbers of day-to-day commuters across large distances of France at speeds well more than twice that achieved by this sad two-person billion-dollar pod going from nowhere to nowhere across a tiny patch of worthless desert, were not both infinitely better and more sophisticated than any presently available commercial rail in the United States and fairly outmoded in comparison to newer [yet still not all that new!] systems in China and Japan and elsewhere) the Virgin Hyperloop could almost look like an impressive accomplishment.

The new season of The Mandalorian starts streaming Friday, October 30, only on Disney+.

The Mandalorian and the Child continue their journey, facing enemies and rallying allies as they make their way through a dangerous galaxy in the tumultuous era after the collapse of the Galactic Empire. “The Mandalorian” stars Pedro Pascal, Gina Carano, Carl Weathers and Giancarlo Esposito. Directors for the new season include Jon Favreau, Dave Filoni, Bryce Dallas Howard, Rick Famuyiwa, Carl Weathers, Peyton Reed and Robert Rodriguez. Showrunner Jon Favreau serves as executive producer along with Dave Filoni, Kathleen Kennedy and Colin Wilson, with Karen Gilchrist serving as co-executive producer.

We like her, right? Wish she was the real president.