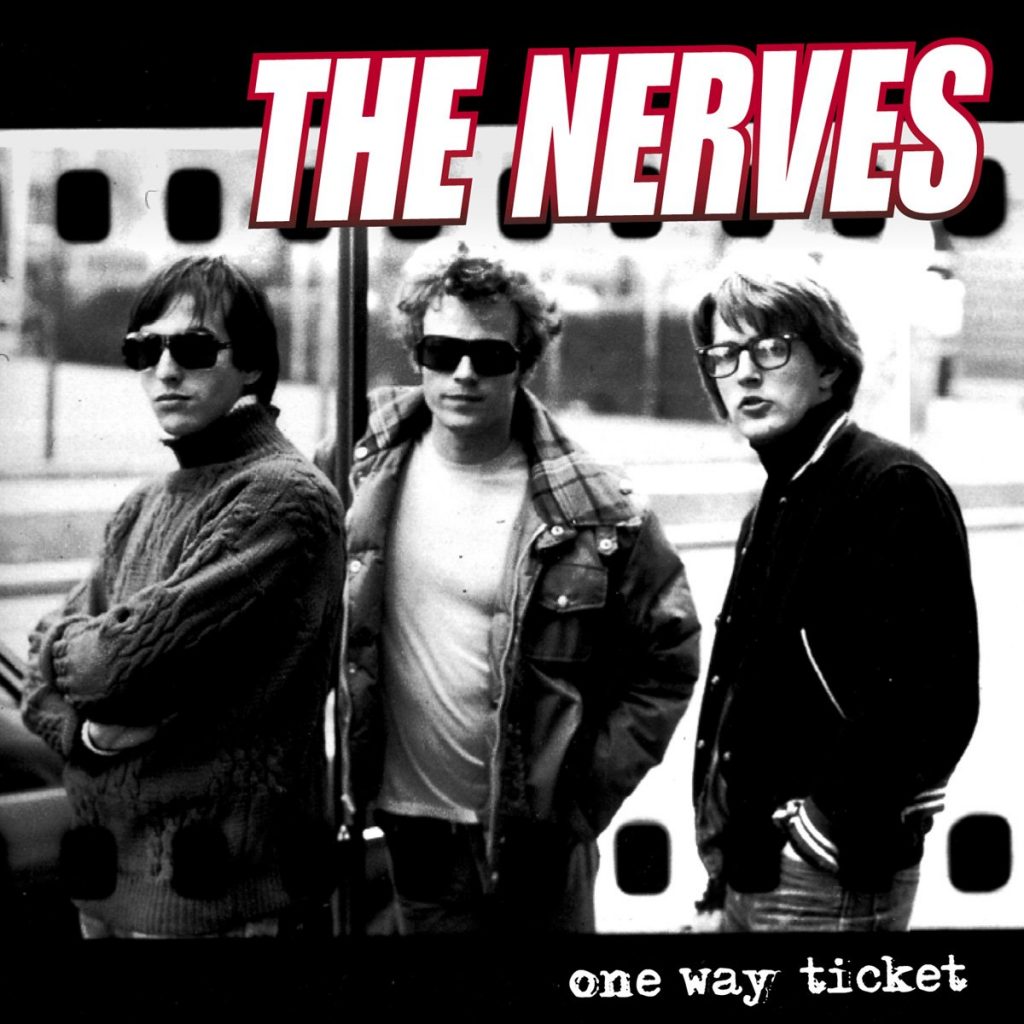 The Nerves lasted a short time and self-released one self-titled four-song EP in 1976, featuring the songs “Hanging on the Telephone” (Lee), “When You Find Out” (Case), “Give Me Some Time” (Lee), and “Working Too Hard” (Collins). In addition to being the drummer, Paul Collins was also the trio’s manager and did most of the bookings and promotion. The Nerves’ EP was distributed by independent Bomp! Records and officially re-released on CD and vinyl by Alive Records in 2008, followed by a second release of The Breakaways, an album of post-Nerves recordings made by Collins and Case prior to the formation of Collins’ group The Beat.

Despite their limited lifespan and discography, The Nerves remain notable for many reasons. They were the founding vanguard of the Los Angeles punk and pop scenes that eventually produced The Knack, The Beat and The Plimsouls. After The Nerves’ break-up, Case and Collins formed The Breakaways with Pat Stengl, a group that would have an even shorter lifespan than The Nerves. Thereafter, however, Case and Collins went on to front more notable groups, The Plimsouls (who had a Billboard Top 100 hit with “A Million Miles Away”) and The Beat, respectively. But perhaps the most notable legacy of the group is the song “Hanging on the Telephone”: Blondie later covered the song on their album Parallel Lines and turned it into a UK top 5 hit, and thanks to Blondie’s success, the song has become something of a standard, later re-done by groups as diverse as L7, Def Leppard, Cat Power (whose version was featured in Cingular commercials in 2006), and Hep Alien, Lane Kim’s fictional band on dramedy The Gilmore Girls. While it is likely some of these artists are unaware of the original Nerves version, others were also from Los Angeles and what was, at the time, its small underground music scene and would be able to reference the original. Blondie included a second Lee composition on Parallel Lines, “Will Anything Happen?” Lee also went on to write a hit for Paul Young, “Come Back and Stay”.

“Hanging on the Telephone” and “When You Find Out” were later released on a 1993 Rhino Records power-pop compilation, DIY: Come Out and Play – American Power Pop I (1975-1978), which Allmusic gave a five star review. The Nerves also appeared on the album’s cover. More recently, Rhino included an unreleased Nerves track, Case’s “One-Way Ticket”, on the 2005 compilation Children of Nuggets: Original Artyfacts from the Second Psychedelic Era, 1976–1995,[3] a sequel to their Nuggets: Original Artyfacts from the First Psychedelic Era, 1965-1968 compilations.

In 2011, the American rock band Green Day launched the American Idiot Broadway Musical Production. On any night that an original cast member left the show, they included a live rendition of the song “Walking Out On Love,” which was written by Paul Collins. The song was previously recorded by The Nerves, The Breakaways and The Beat. At the end of the musical’s run, The Paul Collins Beat joined Green Day on-stage for live performances in New York.

2 Replies to “Paul Collins Was In The Nerves”