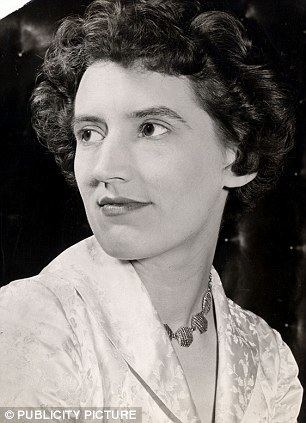 Even if you care nothing about classical music, you might enjoy this true tale of weaselry, poltroonery, and downright skulduggery.

Joyce Hatto was an ok British pianist whose career fizzled out fairly early.  She began her career in an era of pianistic titans (the 50’s), so went nowhere fast.  She performed for the last time in the 70’s.  Her husband, who was also her manager, falsely claimed that she retired because she’d been diagnosed with cancer.  In fact, the gigs had just dried up, and she was diagnosed with cancer later in the 90’s.  Almost no one would remember her, except that many years later (early 2000’s), a small label run by her husband began releasing recordings in her name.  And they kept coming, and some of them were extraordinary.  In all some 100+ recordings were issued of all types of repertoire.  It seemed she could do anything.  Most pianists excel in a somewhat limited range of repertoire.  For example, someone who can nail the high-cholesterol fare of Rachmaninov might be less convincing in the leaner music of Bach.  Very rare is the pianist who can do it all, so critics and reviewers were amazed.  Her husband claimed that she could not perform publicly because she had cancer, which was true by that time.  He (and sometimes she) also spent time grooming small-time critics online.  Soon, more influential magazines and reviewers got on board.

Although many journalists and critics were bamboozled, some listeners active in online chat-rooms were not.  They wondered how someone with cancer could have recorded that much material so quickly and at such a high standard.  And how could someone who had no career for decades suddenly be so dazzlingly active?  Her concerto recordings listed conductors no one had heard of and whose identity could not be verified.  The orchestras had generic,  unfamiliar names.  The ensuing kerfuffle caused one stuffy critic in Britain’s stuffiest classical music magazine, The Grammophone, to issue a touchy defense of Hatto.  Brits rallied to the cause.  One of the most vocal of Hatto’s detractors also had the audacity to be a German.  The idea!  Meanwhile, Hatto died in 2006 to a chorus of critical wails and proclamations of her greatness.

In 2007, the fraud was exposed via Gracenote, the music metadata service used by iTunes.  A listener in the US, wanting to put some Liszt on his iPod, uploaded one of her CD’s to iTunes, which identified the artist as Laszlo Simon, a little-known Polish pianist.  Curious, he went to Amazon and listened to mp3 samples of Simon’s recording, and indeed they were exactly like Hatto’s CD.  He informed a critic at an American webzine, who passed the info along to Grammophone, the magazine who had praised her the most (they are always eager to proclaim a British artist as the Greatest Ever).  A Grammophone editor contacted Hatto’s husband, now widower, who pretended befuddlement.  But the cat was out of the bag, and one by one Hatto’s CD’s were revealed as copies of other musicians’ recordings.  Some were altered, sped up, or slowed down, others copied verbatim.  The plagiarised artists ranged from famous to obscure, but mostly obscure.  The scoundrels avoided easily-identified pianists (no wacky Glen Goulds).  Eventually the husband had to partially confess, but he would only admit to taking parts of recordings to fix mistakes he claimed she’d made due to her cancer–more lies, as each CD was proven to be entirely pirated.  He claimed that his wife knew nothing of the fraud, but she’d been interviewed by journalists before her death and had cozied up to critics as well, so that was yet another lie.

Perhaps the funniest thing to come out of this was that a British critic who raved about Hatto’s release of Chopin’s Etudes had earlier panned the same recording issued by the real pianist, who is Japanese.  At least one other critic was similarly exposed.  Predictably, they and other, less culpable champions of Hatto had to lower their tweed trousers for a severe virtual whipping.

There’s a documentary (of course) and a dramatic film as well, but I haven’t seen them.  If you want to read further than my over-simplified summary,  here is a detailed article that concludes with an interview with her weasel of a husband.

6 Replies to “Mediocre Artists Steal Too”