It can’t be New Year’s without seeing someone make an ass of himself.  Who’s better at that than Mike Love?  This begins as a funny/sad skit, but the real comedy begins at  2:27 with 70’s footage of Love trying to preen and prance around like Mick Jagger. He also apparently hit a Goodwill dumpster trying to copy Mick’s look.  Jesus.

People who shouldn’t dance (I’m one) should know better by the time they reach adulthood.  The most blessed of us never really wanted to anyway.  I get that singers feel awkward just standing there.  Fine, but if they can’t dance, give them a prop guitar.  I’m guessing the other Beach Boys preferred letting him make a fool of himself to arguing with an asshole.

Here’s something to pass the time while you wait on those COVID test results.

When it comes to guitar collections, some are so large, so special, and so rare, that even the best collectors can’t help but do a double-take. This is how you would define Rick Nielsen’s collection – a total head-turner.

In the latest episode of “The Collection,” host Mark Agnesi heads to Rockford, IL, to visit the godfather of guitar hoarding. Rick Nielsen, the lead guitarist for Cheap Trick, takes us through his cavern of guitars. Ranging from quirky and strange to the ultimate rare and last of its kind. And in a “The Collection” first, Rick shows off three original 1958 Explorers out of only nineteen in existence.

While Rick’s guitar bevy is superior to most, what’s striking is his irreverence for ‘value’ in a world full of collectors and purists. In Rick’s eyes, the guitar belongs to him, and how pristine the guitar is doesn’t really matter. His passion for guitars and the guitar world is apparent as he is still adding to the vault. Follow along as Rick takes us through his fantastic collection.

I was pretty impressed with Robert Eggers horror flick The Witch, so I was pretty psyched to hear that  he was making a Viking saga film in Iceland. Bjork is in it, so it has to be good, right?

And holy shit, they crush it (“This Guy’s in Love with You”).

Thanks to Reinfield for exposing me to this Paddy Roberts holiday chestnut a few years ago.

Nearly 60 years on, still as true today as the day it was written.

Charlie Brown is on the run from the Peanuts Gang after the Great Pumpkin puts a bounty on his head. Animated student short by Jim Reardon, who later worked on The Simpsons (1990–2004) – director, supervising director, storyboard consultant; WALL-E (2008) – screenwriter, story supervisor; Wreck-It Ralph (2012) – writer, head of story; and Zootopia (2016) – writer, co-head of story. 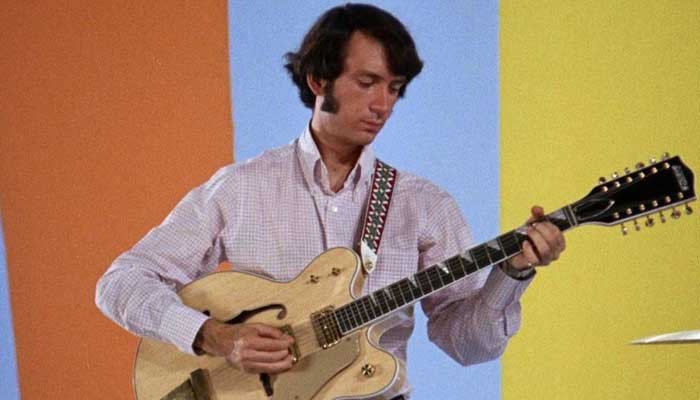 His mother, single and working multiple jobs, invented Liquid Paper in her kitchen blender and made a fortune.

Contra his “quiet Monkee” persona, he had a temper.  When Don Kirshner told them he’d sue the Monkees for breach of contract for wanting more artistic control, Nesmith punched a hole in the wall, telling Kirshner it could have been his face.  He’d grown to think Kirshner was an idiot, especially after DK refused to let the Monkees record his song, “Different Drum,” which afterward became a huge hit for Linda Ronstadt.  (If you ever watched Don Kirshner’s Rock Concert back in the 70’s, he really did sound like an idiot.)

Post Monkees, one of his media companies was defrauded by PBS.  He won in court, and afterward said, “it’s like catching your grandmother stealing your stereo.  You’re glad to get your stereo back, but you’re sad to find out that Grandma’s a thief.”

Thanks to Renfield for the impetus to watch more WJ.
She rocks!

A new use for Viagra.  I carry some genetic risk for Alzheimer’s, indeed you bastards may have already diagnosed me. If I go this treatment route, Mrs. Renfield’s probably going to throw open the marriage on my end.