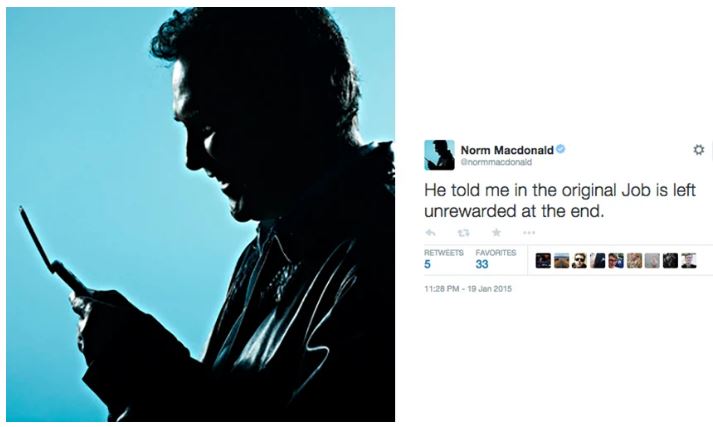 When Norm Macdonald was a young comedian, Bob Dylan invited him over to hang out. Norm tweeted the story, but later deleted it. Available here.

When Bob Dylan speaks, his words seem chosen long ago, his sentences are spare, and he looks right at you, and his countenance is stone. He spoke to me for many hours over two days. There was no alcohol or drugs consumed. He was interested only in writing. I remember wishing I had secretly recorded him, and I remember trying as hard as I could to remember every word he said. I remember he talked over and over about verbs and about ‘verbifying’, how anything could be ‘verbified’. He asked me my favorite book of the Bible and I said Job, and he said his favorite was Ecclesiastes. He then told me that the book of Job I was familiar with was not the original, and then he told me the original.

2 Replies to “Norm and Bob”