Though Segovia’s classical influence is often proffered to explain her skill, Charo has a highly original style that weds intimate, lyrical classical melodies with the rhythmic flourishes of the flamenco tradition and spikes it all with a pop sensibility.
“She is a great guitar player,” said Kim Perlak, the chair of the guitar department at the Berklee College of Music. Citing her command of techniques like classical tremolo and flamenco scales, she added, “You have to practice that all the time to get to be that fluent, especially if you want it to be intuitive the way she does it.” 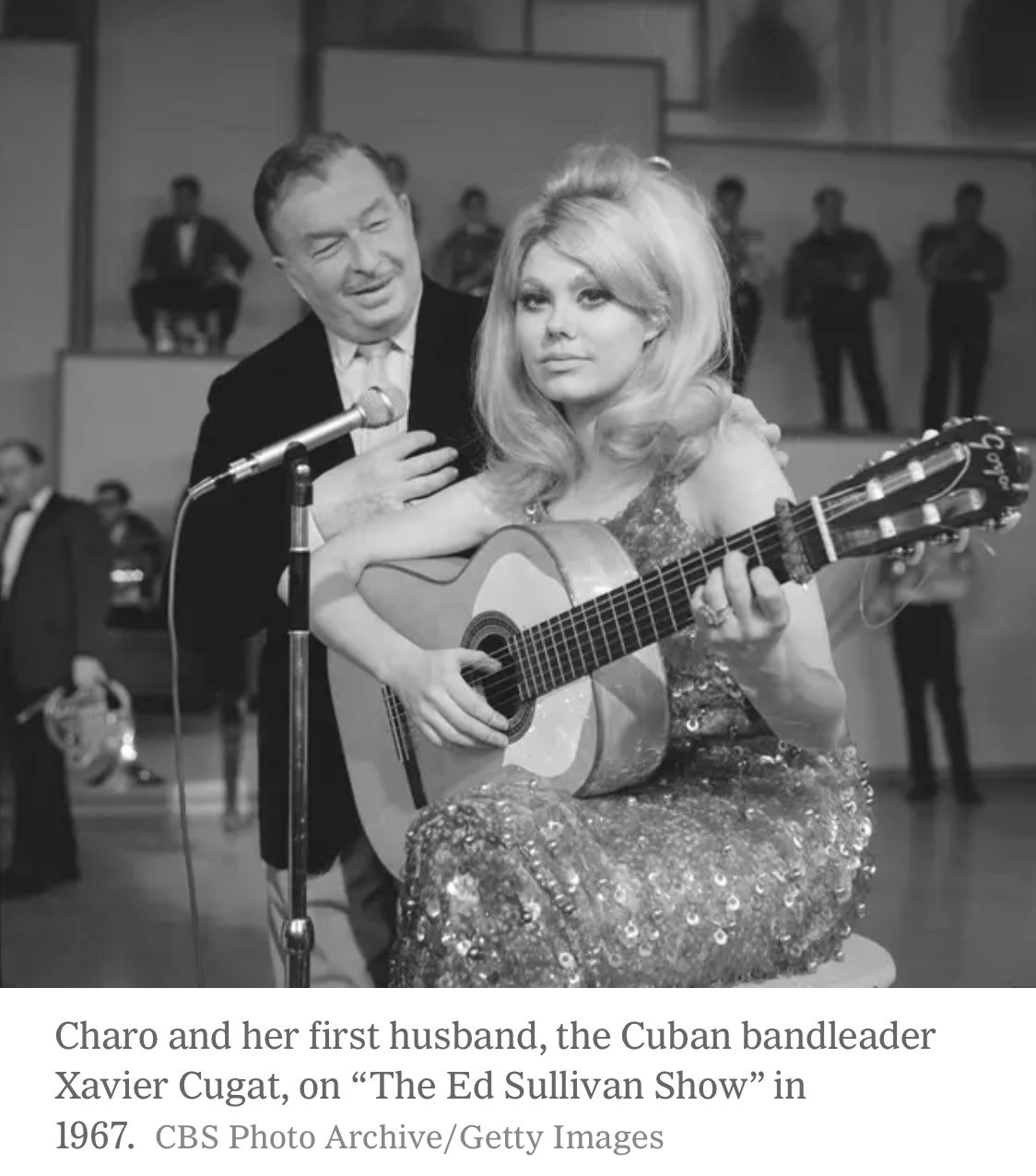 I only knew her as the “cuchi-cuchi” woman from Love Boat. Check out this fascinating article on María Rosario Pilar Martínez Molina Baeza, her childhood in Francoist Spain and Segovia’s academy, to New York, Las Vegas, American 70’s and 80’s television, and beyond.