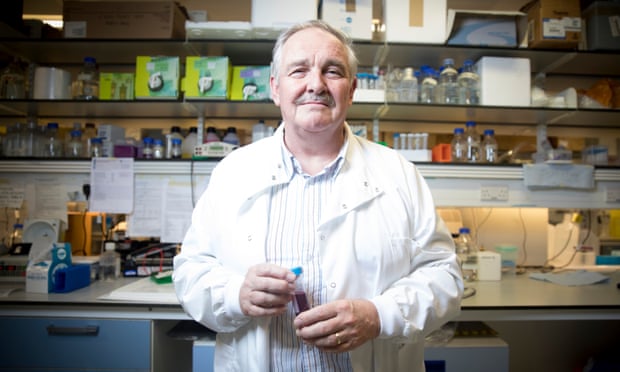 David Nutt, psychiatrist and director of the neuropsychopharmacology unit at Imperial College London, has been working on a safe alternative to booze since he discovered an alcohol antidote as a PhD student in 1983. From an article in The Guardian, here’s the cool science-nerd part …

What Nutt now knows is that there are 15 different Gaba receptor subtypes in multiple brain regions, “and alcohol is very promiscuous. It will bind to them all.” Without giving away his trade secrets, he says he has found which Gaba and other receptors can be stimulated to induce tipsiness without adverse effects. “We know where in the brain alcohol has its ‘good’ effects and ‘bad’ effects, and what particular receptors mediate that – Gaba, glutamate and other ones, such as serotonin and dopamine. The effects of alcohol are complicated but … you can target the parts of the brain you want to target.”

Handily, you can modify the way in which a molecule binds to a receptor to produce different effects. You can design a peak effect into it, so no matter how much Alcarelle you consume, you won’t get hammered. This is well-established science; in fact Nutt says a number of medicines, such as the smoking cessation drug varenicline (marketed as Champix), use a similar shut-off effect. You can create other effects, too, while still avoiding inebriation, so you could choose between a party drink or a business-lunch beverage.

Ultimately, the aim isn’t for Alcarelle to become a drinks company, but to supply companies in the drinks industry with the active ingredient, so that they can make and market their own products. You would expect that the alcohol industry would view Alcarelle as its nemesis, but Orren says that industry players “are approaching us as potential investing collaborators”. This doesn’t surprise Jonny Forsyth, a global drinks analyst at Mintel. “The industry is increasingly investing in alcohol alternatives,” he says. “We have seen a lot of investment in cannabis … They’re looking at nonalcoholic gins and soft drinks because they know people are drinking less [alcohol], and this is a trend that is going to carry on. If the science is right, and if it’s easy to mask the taste, I think it’s got a great chance.”

3 Replies to “Bring On The Alcarelle”