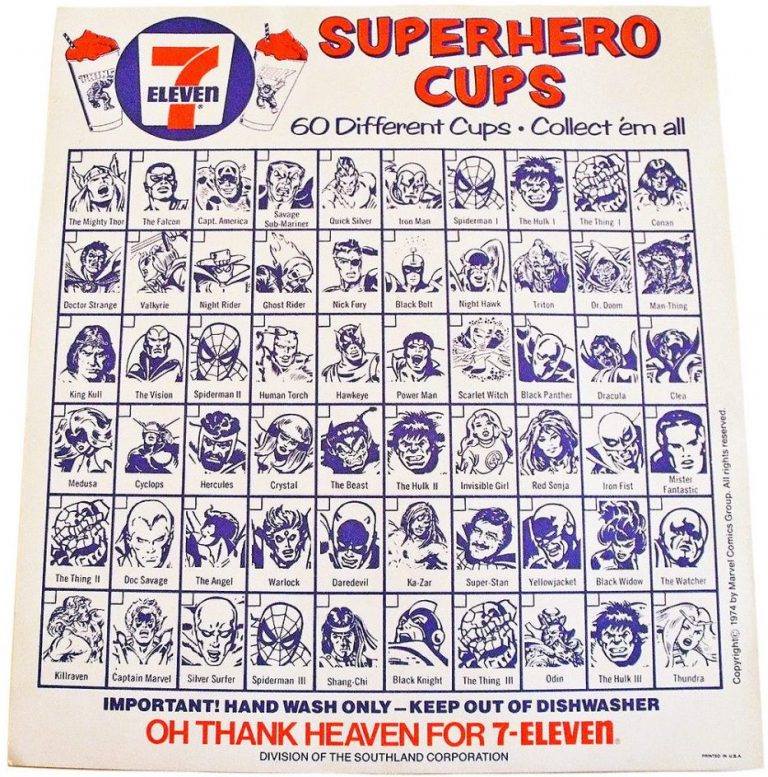 Originally posted to Facebook, but I’m deleting all my shit over there and wanted to hang on to these. Marvel Slurpee cups, one more pop culture item that makes me nostalgic for the Seventies.

Four sets of these plastic cups were produced — three for Marvel Comics characters and one set for DC Comics characters. This is the first of the three Marvel sets issued. Marvel’s more popular characters — Spider-Man, The Incredible Hulk and The Thing — each received three cups.