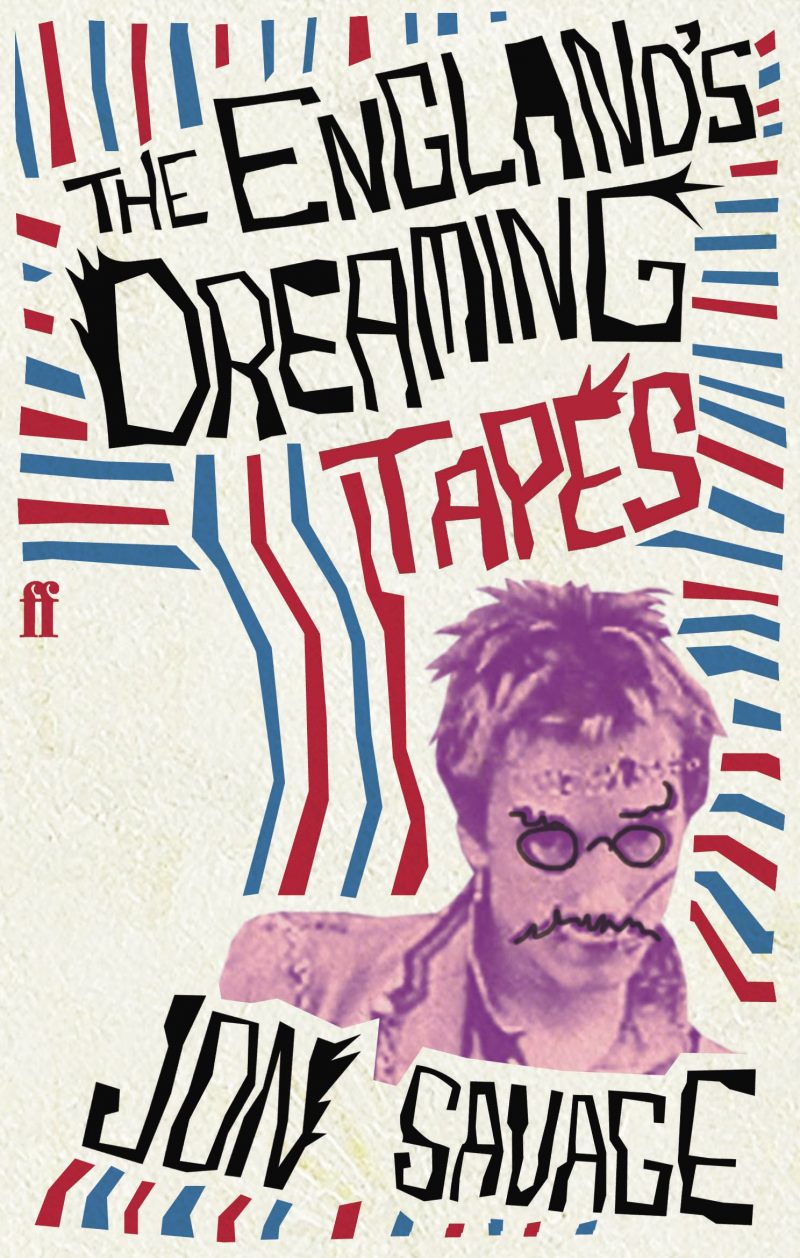 Goddammit, this book came out almost nine years ago – and I completely missed it! (I blame Fat Elvis.) If’n yer curious, it’s a collection of all the interview transcripts Jon Savage used for his 1991 masterpiece, England’s Dreaming: Anarchy, Sex Pistols, Punk Rock, and Beyond.

In The England’s Dreaming Tapes, Jon Savage has gone back to the source to re-create, in original interview form, the extraordinarily disparate and contentious personalities who emerged in the mid-70s as the harbingers of what became known as punk.

Here in uncut form is the story of a generation that changed the world in just a few months in 1976. In interviews with all the major figures of the time – including all four original Sex Pistols, Joe Strummer, Chrissie Hynde, Jordan, Siouxsie Sioux, Viv Albertine, Adam Ant, Lee Black Childerss, Howard Devoto, Pete Shelley, Syl Sylvain, Debbie Wilson, Tony Wilson and Jah Wobble – Jon Savage has produced a book huge in scope, vision and generosity of perspective.

The England’s Dreaming Tapes will surely become the final word and the must-have oral history of the music, fashion and attitude that defined this influential and incendiary era.

I have a sickness.