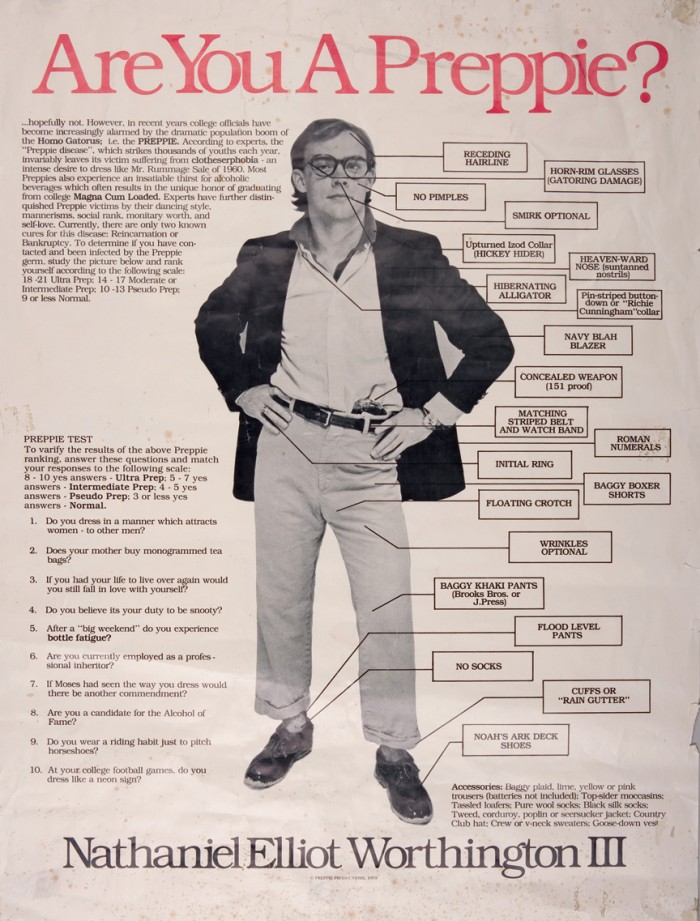 I had this poster when I was a kid, only recently discovering that it was created by Tom Shadyac, the director who now lives in Memphis. We ran into him at [REDACTED] when we were buying tile for our bathroom remodel. Small fucking world.

Remember the poster Are You A Preppie? It was printed in 1979 by University of Virginia undergrad Tom Shadyac, who went on to film school at UCLA and later directed Ace Ventura: Pet Detective and Evan Almighty. The poster was wildly popular when it came out. I have to wonder whether it might have inspired Lisa Birnbach’s more in-depth anthropological treatment in The Official Preppy Handbook, which appeared one year later.