Recorded January 14, 1978, at the Winterland Ballroom in San Francisco, CA.

The Winterland Ballroom, originally called the New Dreamland Auditorium, opened on June 29, 1928. It initially served as a venue for boxing, opera, and tennis matches, but sometime in the late 1930s, it began to be used as an ice skating rink too – hence the name change.

Legal capacity was 5,400 souls, so the Winterland was decent-sized but cozy. It was where Zeppelin first performed “Whole Lotta Love,” Scorsese shot The Last Waltz, and parts of “Frampton Comes Alive” were recorded.

Unfortunately, it also served as a sort of home base for The Grateful Dead, so it had to be torn down. Okay, not really. It was purchased by Consolidated Capitol Inc in 1978, demolished in 1985, and replaced with apartments. 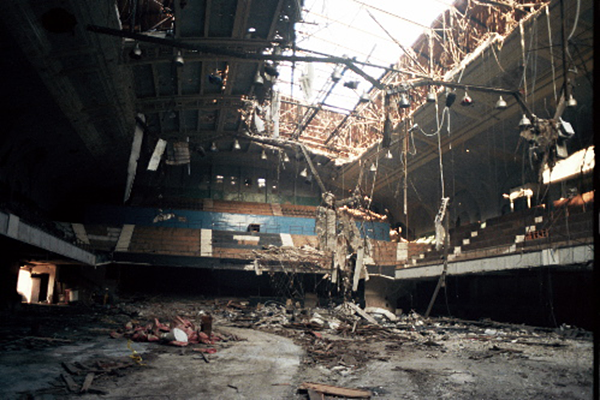 6 Replies to “Sex Pistols At Winterland”