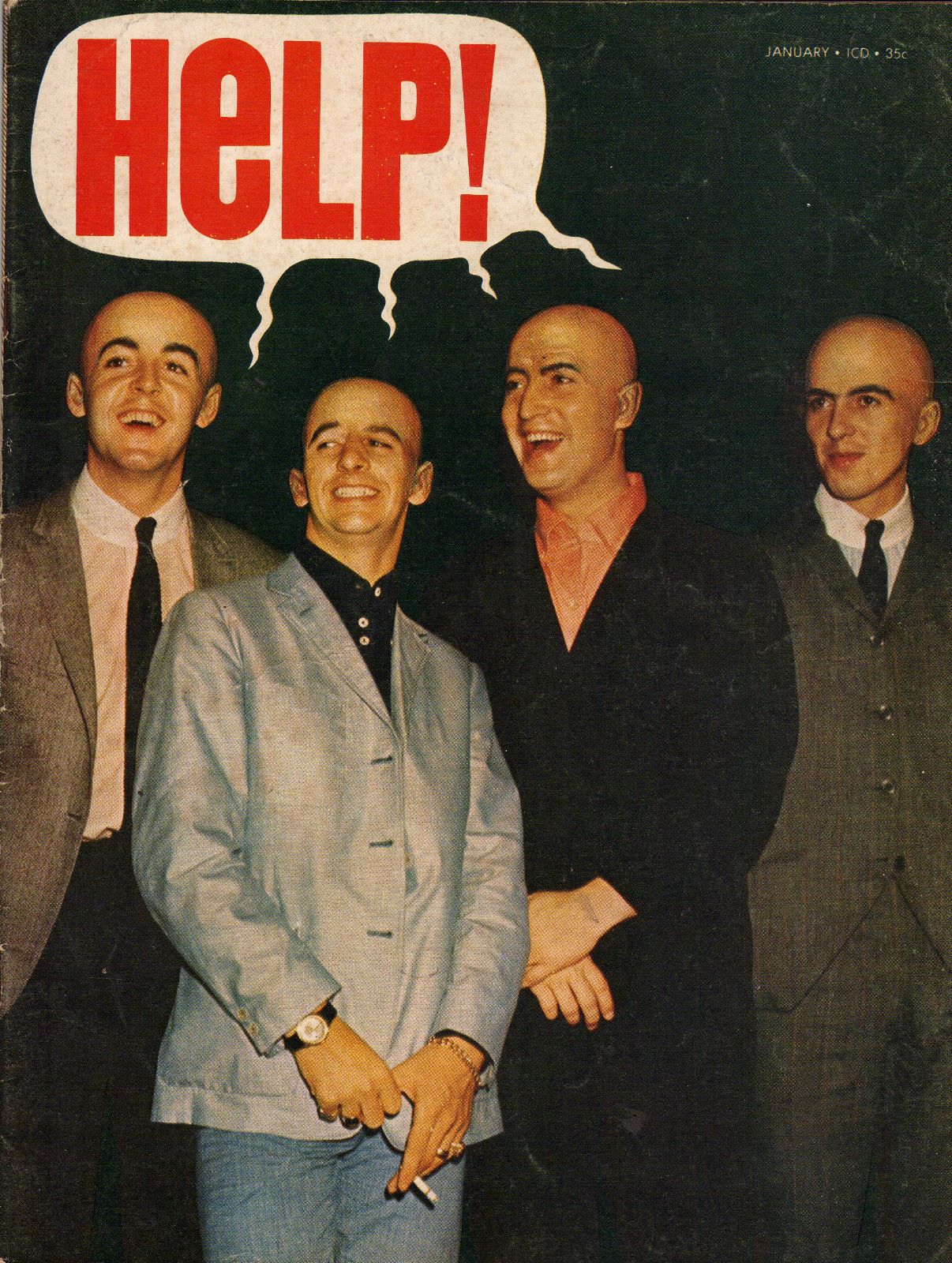 Help! is an American satire magazine that was published by James Warren from 1960 to 1965. It was Harvey Kurtzman’s longest-running magazine project after leaving Mad and EC Publications, and during its five years of operation it was chronically underfunded, yet innovative.

In starting Help!, Kurtzman brought along several artists from his Mad collaborations, including Will Elder, Jack Davis, John Severin and Al Jaffee.

Kurtzman’s assistants included Charles Alverson, Terry Gilliam and Gloria Steinem; the latter was helpful in gathering the celebrity comedians who appeared on the covers and the fumetti strips the magazine ran along with more traditional comics and text pieces. Among the then little-known performers in the fumetti were John Cleese, Woody Allen and Milt Kamen; better-known performers such as Orson Bean were also known to participate. Some of the fumetti were scripted by Bernard Shir-Cliff.

At Help!, Gilliam met Cleese for the first time, resulting in their collaboration years later on Monty Python’s Flying Circus. Cleese appeared in a Gilliam fumetto written by David Crossley, “Christopher’s Punctured Romance”. The tale concerns a man who is shocked to learn that his daughter’s new “Barbee” doll has “titties”; however, he falls in love with the doll and has an affair. Gilliam appeared on two covers of Help! and along with the rest of the creative team, appeared in crowd scenes in several fumetti.

The magazine introduced young talents who went on to influential careers in underground comix as well as the mainstream: among them Robert Crumb, Gilbert Shelton and Jay Lynch. Algis Budrys and other science fiction writers were regular contributors of prose and scripts to the magazine.