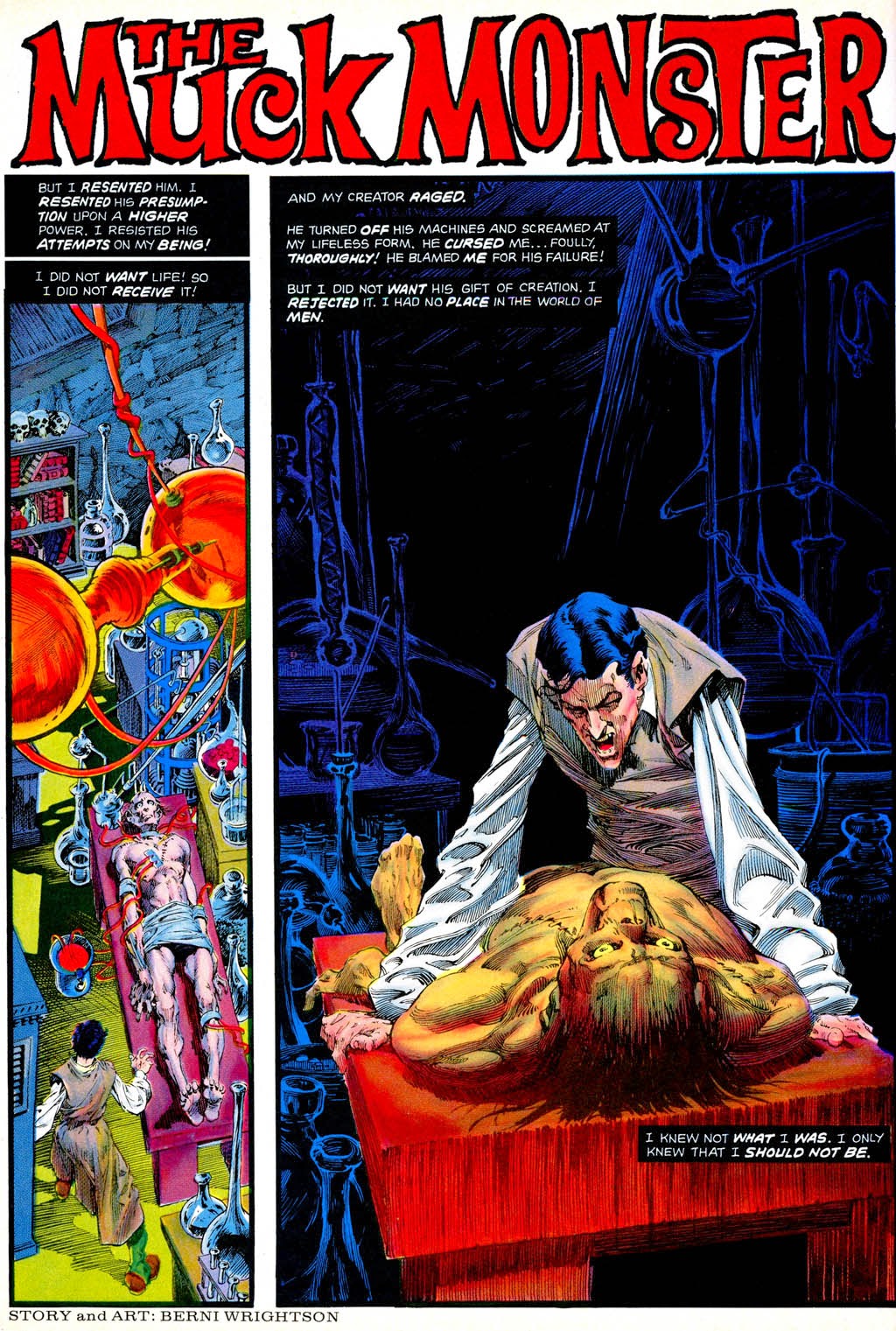 When I was a kid, my mom would take me grocery shopping. I would practically run to the magazine stand and then she’d collect me after check out. What she still doesn’t know is that I read TONS of inappropriate shit, from Creepy to Creem and whatever else you can think of. On one of those trips, I came across this story. Me being me, it had a profound effect. Unfortunately, I could never track down a copy as an adult, not knowing the artist, story name, or publication. Occasionally, I would ask other horror fans about it, but no one ever knew what I was talking about.

Of course, after I gave up looking, I accidentally found it online. According to some comic historian with a blog, “The Muck Monster” was originally published in the September 1975 issue of Eerie (#68) as a color insert. Comix International then reprinted it in October 1975, and then, a few years later in November 1979, it was reprinted in black & white for issue 113 of Creepy. (Which is when I must have initially read it.)

So here it is, pretty much as I remembered it. I uploaded the color version because it’s higher resolution, but the black & white version is much more impactful. I should have guessed Berni Wrightson was the artist and writer.

2 Replies to “The Muck Monster”