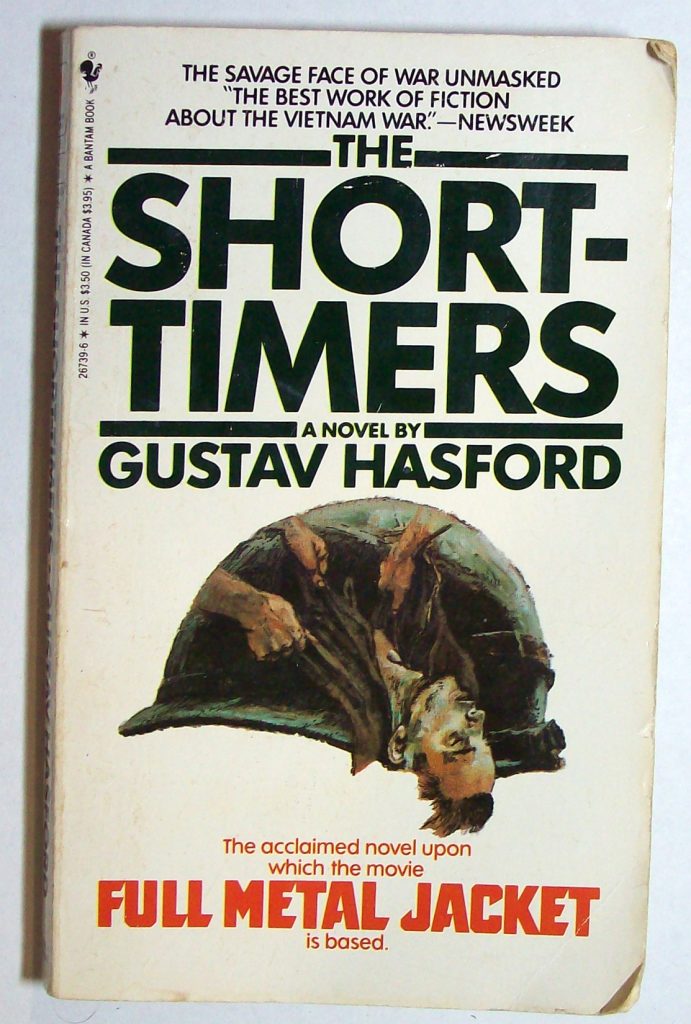 This novel was the source text of Kubrick’s Full Metal Jacket. It follows the career of the sardonic narrator from the organized sadism of Marine basic training to an assignment as a combat reporter in Vietnam to his experiences as a platoon commander after the Tet offensive, portraying the descent into barbarism that marked America’s intervention in Vietnam.

The Short-Timers has been out of print for a while, so used paperbacks are going for as much as $430.00 on Amazon (the cheapest is a mass market paperback for about $46.00). Luckily, the author’s family made it available for free as a PDF. There are some typos, but it’s a fair trade. Read the first sentence and you won’t be able to put it down.

The Short Timers (This is the PDF.)

I did a little research on Hasford, as is my want. Although he sounds foreign, he was an Alabama boy. Sadly, he got into some trouble for stealing books from several libraries. Like, $20,000 worth of books, and died broke off the coast of Greece from untreated diabetes. 45 is way too young.

One Reply to “The Short-Timers”